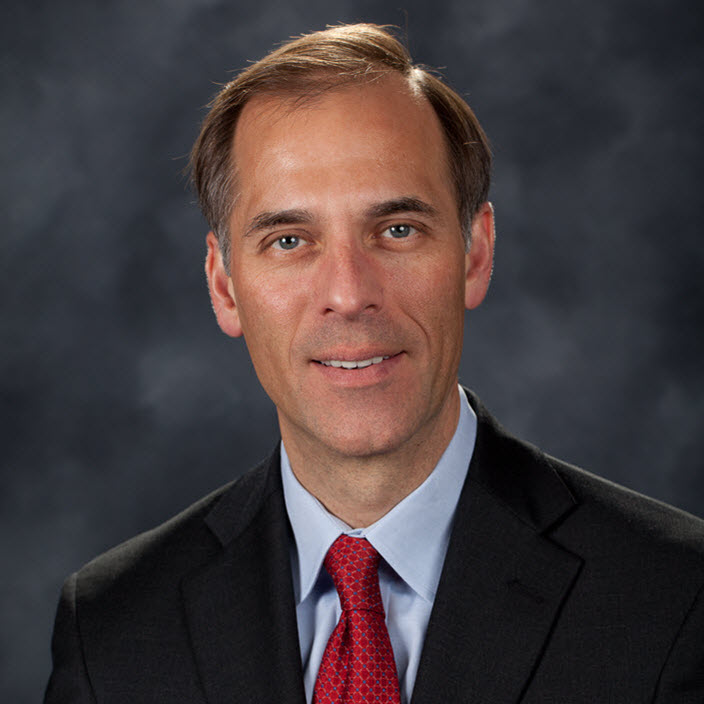 Dr. Zandi is a cofounder of the company Economy.com, which Moody’s purchased in 2005.Dr. Zandi’s broad research interests encompass macroeconomics, financial markets and public policy. His recent research has focused on mortgage finance reform and the determinants of mortgage foreclosure and personal bankruptcy. He has analyzed the economic impact of various tax and government spending policies and assessed the appropriate monetary policy response to bubbles in asset markets.

A trusted adviser to policymakers and an influential source of economic analysis for businesses, journalists and the public, Dr. Zandi frequently testifies before Congress on topics including the economic outlook, the nation’s daunting fiscal challenges, the merits of fiscal stimulus, financial regulatory reform, and foreclosure mitigation. Dr. Zandi conducts regular briefings on the economy for corporate boards, trade associations and policymakers at all levels. He is on the board of directors of MGIC, the nation’s largest private mortgage insurance company, and The Reinvestment Fund, a large CDFI that makes investments in disadvantaged neighborhoods. He is often quoted in national and global publications and interviewed by major news media outlets, and is a frequent guest on CNBC, NPR, Meet the Press, CNN, and various other national networks and news programs. 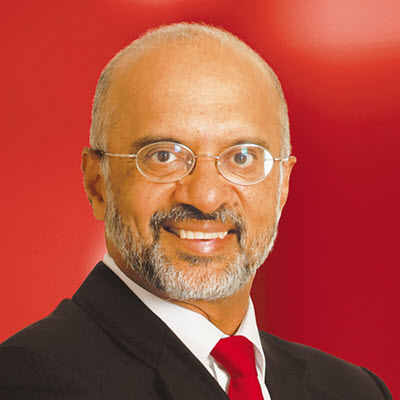 Piyush is Vice-Chairman of the Institute of International Finance, Washington. In addition, he is a member of the United Nations Secretary-General’s Task Force on Digital Financing of the Sustainable Development Goals, Singapore’s Advisory Council on the Ethical Use of AI and Data, McKinsey Advisory Council and the Bretton Woods Committee - Advisory Council. He also sits on the boards of Enterprise Singapore, Singapore’s National Research Foundation, and the Singapore’s Council for Board Diversity.

Piyush is a term trustee of the Singapore Indian Development Association (SINDA).Piyush has a Bachelor of Arts (Honours) Degree in Economics from St. Stephen's College, Delhi University, India and a Post Graduate Diploma in Management from IIM, Ahmedabad. 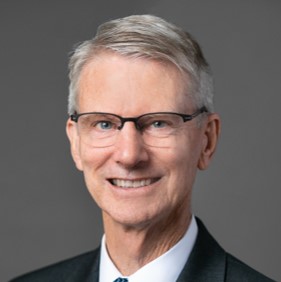 Steve G. Cochrane, PhD, is Chief APAC Economist with Moody’s Analytics. He leads the Asia economic analysis and forecasting activities of the Moody’s Analytics research team, as well as the continual expansion of the company’s international, national and subnational forecast models. In addition, Steve directs consulting projects for clients to help them understand the effect of regional economic developments on their business under baseline forecasts and alternative scenarios. Steve’s expertise lies in providing clear insights into an area’s or region’s strengths, weaknesses and comparative advantages, relative to macro or global economic trends.

A highly-regarded speaker, Dr. Cochrane has provided economic insights at hundreds of engagements over the past 20 years and has been featured on CNBC, Channel NewsAsia and Wall Street Radio. Through his research and presentations, Steve dissects how various components of the macro and regional economies shape patterns of growth. His extensive expertise on economic issues in Asia makes him a popular speaker at client conferences and executive briefings. 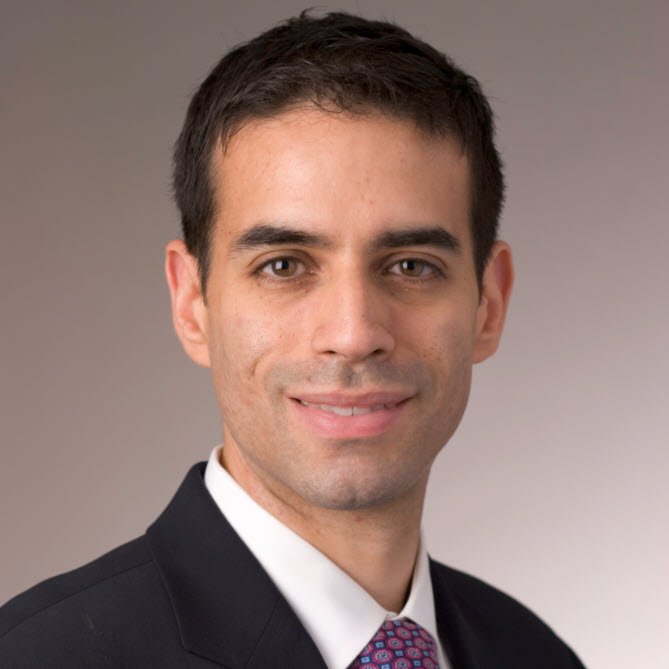 David T. Hamilton is a Managing Director, Head of Stress Testing and Credit Risk Analytics for the Asia Pacific Region, based in Singapore. Dr. Hamilton has been with Moody’s for eighteen years and has held various senior positions in both Moody’s Investors Service and Moody’s Analytics. Most recently, Dr. Hamilton served as Managing Director in the Capital Markets Research Group in New York, leading a team that focused on applied research and model development using market price-derived credit risk signals, such as Expected Default Frequency (EDF) measures and Market Implied Ratings.

Dr. Hamilton has lectured on credit risk topics at Columbia Business School, the Stern School of business at New York University, the City College of New York, The International Center for Financial Asset Management and Engineering (FAME) in Lausanne, Switzerland, and was an instructor at the New York Institute of Finance. Mr. Hamilton is on the editorial board of the Journal of Credit Risk. Dr. Hamilton holds a B.A. in economics and classical studies from Texas A&M University and a Ph.D. in financial economics from the City University of New York. 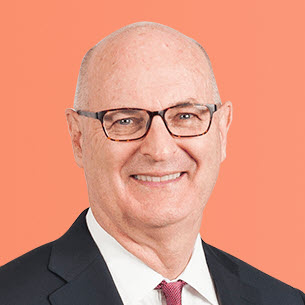 Responsible for ensuring the consistent implementation of the Group’s risk management policies and frameworks, including operationalising the Risk Appetite Statement. The Risk Division of CIMB Group identifies, assesses, measures, controls and reports the material risks that may impact the Group’s business operations, profitability,  capital and reputation.

Previously worked for Bank of America in Los Angeles, California as a sector Banker, covering the Fortune 500 Aerospace & Defense sector.

Held various senior level positions based in Singapore, Hong Kong, Thailand, Taiwan, and Malaysia throughout his 25-year tenure in Asia. 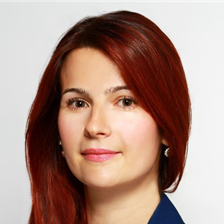 Olga is the Head of Risk Modelling at Economics and Business Analytics APAC based in Singapore office. She manages a team of economists and risk modelers in Prague, Shanghai and Sydney who design models for forecasting and simulation, with an emphasis on stress-testing for three key areas: macroeconomic models, market risk and credit portfolio risk. During her time at Moody’s based in Europe and now in Asia, Olga has led consulting projects with major banks and other financial institutions worldwide focusing on stress testing including CCAR, EBA, PRA as well as IFRS 9, IRRBB and IRB model design and implementation.

She is directly involved in the research and implementation of Moody's Analytics risk management solutions for market risk and retail credit risk modelling, and often speaks at credit events and economic conferences worldwide, communicating the team’s research and methodologies to the market.

Before joining Moody's Analytics, Olga worked for the Academy of Sciences of the Czech Republic and at a consultancy firm focused on macroeconomic forecasting and analysis of emerging market economies. She has published several academic articles and has been teaching graduate courses in economics, statistics and econometrics. Olga holds a Ph.D. and M.A. in Economics and Econometrics from Charles University (CERGE-EI), following studies for MSc. in Mathematics and a BSc. with honors in Applied Mathematics. 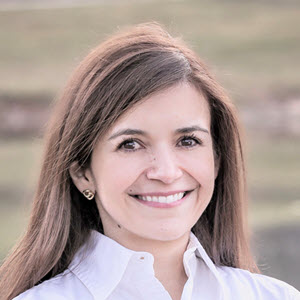 Anamaria Pieschacon is a Director and global Head of Model Validation for Consumer Credit Risk at Moody’s Analytics. She is responsible for leading validation projects around the world and contributes to the business strategy for the Economics business. Anamaria has specialized expertise in credit risk model validation and development, energy economics, and macroeconomic forecasting. Anamaria and the Moody’s Analytics team were recognized by Chartis Research as a Category Leader in Model Validation solutions in 2019 and 2020. Before joining Moody’s Analytics, Anamaria was a vice president in the Global Investment Research division at Goldman Sachs in New York. Anamaria holds an MA and PhD in Economics from Duke University (USA). 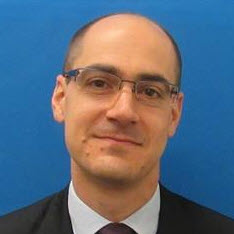 Dimitrios is a Head of Risk and Finance Solutions in Moody's Analytics, leading the Asia Specialist team that focuses on Risk Analytics, Stress Testing and IFRS 9 Solutions.

During his time in Moody’s and prior to his move to Asia, Dimitrios led the efforts on designing and successfully implementing IFRS 9 modelling and software solutions for more than 50 banks in Europe and Middle East.

Prior to joining Moody’s in January 2016, Dimitrios worked as Senior Technical Specialist at the Prudential Regulation Authority (PRA) in London. During that time, he led the internal stress testing model development across the majority of risk types, with a particular focus on wholesale credit risk globally, retail credit risk in the UK and econometric models for key ALM risk metrics. Before joining the PRA, he was part of UBS Group-wide Stress Testing Team where he developed stress testing models for the held to maturity assets of the investment banking arm. Prior to his time at UBS he held various modelling positions at the former Financial Services Authority (FSA), Lloyd’s Banking Group and HBOS. 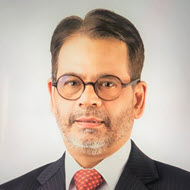 Laurie has more than 15 years of banking experience, has a track record in bring good judgement with respect to people and issues. He has held various senior positions across banks in Australia and Asia, that covered market risk, liquidity risk, counterparty and credit risks – (retail and non-retail). He has practical experience in:

Laurie holds a master’s degree in economics (with a focus in econometrics) and has published articles in various academic Journals. 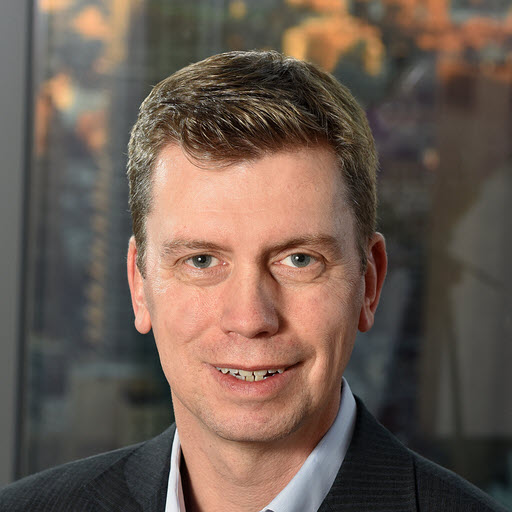 Mr. Berry joined Moody’s Analytics in 2008 from Barclays Global Investors where he spent 10 years in London and San Francisco in a variety of roles ranging from software developer to Head of Enterprise Architecture. 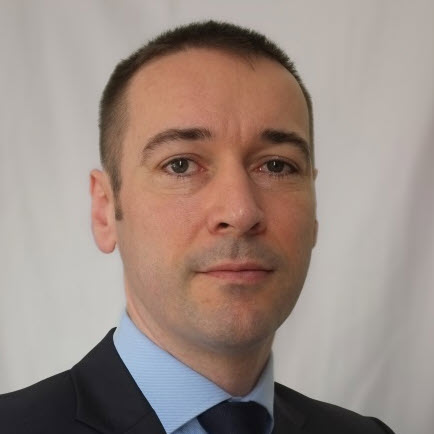 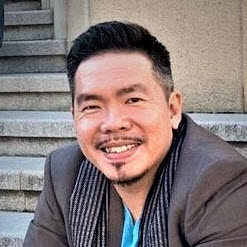 Choon is an experienced compliance professional, with over 15 years’ experience in the enterprise software solution space. He managed business development for Enterprise and Regulatory software companies. He actively engages with major financial institutions in the Asia Pacific region, helping clients involved in financial crime surveillance and investigations.

Prior to joining Bureau van Dijk, Choon was selling AML and fraud compliance solutions, and worked on developing the partner and alliance ecosystem across APAC.

Choon holds a Bachelor of Business Management from Singapore Management University. He is also a certified Anti-Money Laundering specialist, with a professional certification with ACAMS. 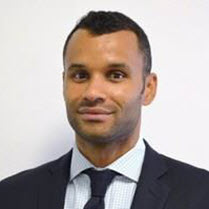 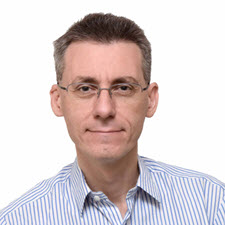 Pierre Passin is the Director of the Infrastructure and Technology Division (ITID) within Asian Development Bank’s  Information Technology Department (ITD). Mr. Passin is responsible for IT infrastructure, platforms, technology innovation and cyber-defense.

Prior to joining ADB, he was Information Officer for the World Bank, based in Washington DC, where he led a team of IT specialists to deliver IT services to the executives of the World Bank.

He holds a Master’s Degree in Aeronautical and Aerospace Engineering from ENSICA, France, as well as a Master’s in Signal Processing and Digital Communications from University of Toulouse, France. 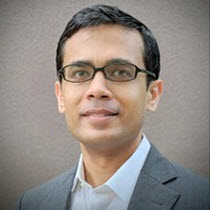 Nilanshuk Haldar is responsible for Financial Services partnerships across APAC for Amazon Web Services. In this role, he helps ISVs and fintechs grow and scale their business with banks, insurers, asset managers and other financial institutions. Prior to joining Amazon, Nilanshuk was a founding member and Chief Product Officer at Singapore-based fintech Mesitis. He was previously an investment banker based in Singapore, Hong Kong and Mumbai, and advised clients across Asia on corporate finance and capital markets. 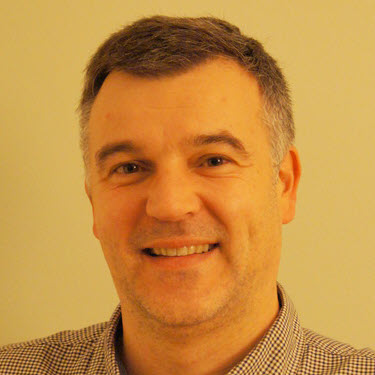 Yann Delacourt is Director of Product Management in our Saas Platform group. This group is in charge of providing the right set of technologies supporting Moody’s Financial Risk product portfolio in the Cloud.

Yann has a significant track record in the technology and software industry. He’s expert in building highly user adopted products leveraging innovative technologies in the cloud.

He holds a master degree in computer science from EPITA Engineering school in France.